Thomas Wærner is impressed with Dallas Seavey and his run for the past 24 hours.

He believes that the strategy of taking a 24-hour in McGrath and then breaking up the distance to Ophir and Iditarod and back to McGrath with three rests is brilliant.

As of this writing, Dallas is camped out between Iditarod and Ophir, in the same spot he rested in last night. We expect him to go from there to McGrath to take his mandatory eight.

Dallas stoped three times, while most others in the lead stoped four times on this stretch. A smart move that puts him in a nice position up front.

Dallas shows a brilliant and smart strategy, which impresses me, says Wærner.

Ryan Redington has not given up the fight in any way. He is just an hour behind Dallas out from Iditarod. He has ten dogs in the team, and on good trails, that does not have to make much difference. The question is whether Ryan manages to keep the pace in the team. He has taken out his mandatory rest already and will not have more long rests before the last, long stop at Skwentna on the return trip to Deshka Landing.

Three good friends at the cabin

Joar, Peter and Richie were running together last night. They all took a 3-hour break in Ophir before heading south to the halfway point in Iditarod. The friends stopped at the Moose Creek Safety Cabin for a rest before reaching the Iditarod checkpoint.

They have to be careful not to let Dallas get too far ahead. Someone will soon have to gamble and make a move to catch up with Dallas, says Wærner. 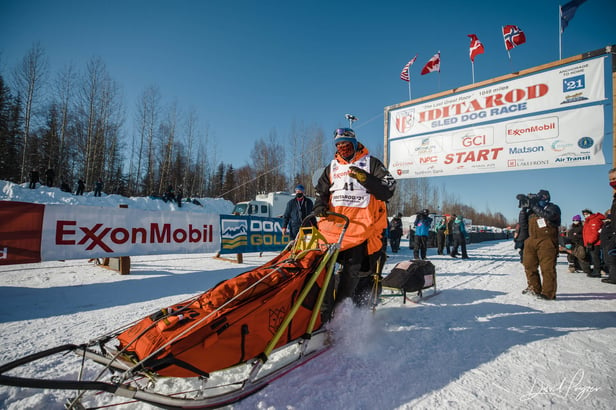 Women on a mission

Travis Beals did the long run from Ophir to Iditarod without stopping. Brent Sass is on the move, so is Aron Burmeister and Wade Marrs. There are also several female mushers who, not surprisingly, are running an impressive race so far. Paige Drobny started out of the Iditarod checkpoint as number 11, Mille Porsild will soon finish her rest, Jessie Royer can`t be waived, and Michelle Phillips runs fast.

Wærner thinks it is weird to follow the race from home.

It’s a little frustrating to see the race unfold on the computer, when I so wanted to be there myself and fight for a new victory, says Wærner.

Nevertheless, this year Covid-19 is in control. Fortunately, no more cases of infection have been reported. 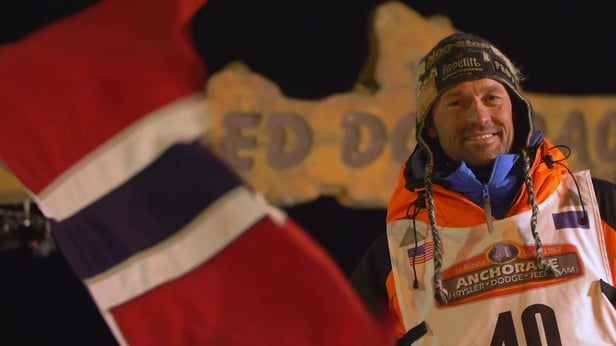 There has been almost a queue of teams on the trail between Ophir and Iditarod for the last hours, with almost all the mushers gathered on this in the stretch - some on their way south, others on their way back north.

It is extremely close between the mushers up front and it is still an open race. There will still be leapfrogging on the leader board and we will start to see a lot of action on the trail further on.

Long-distance dog sledding is fascinating and complex, but anyone who finds it difficult to keep up can look forward to the teams passing Ophir again and returning to McGrath. When we get there, a clearer picture will emerge of who can compete for the top positions.

A fifth victory within reach for Dallas?

Read more about it
Trail Thoughts

Read more about it
Trail Thoughts

The teams have reached halfway point