Trails around the world

About the most famous long-distance races

The Kuskokwim 300 is the premiere mid-distance dog sled race, usually taking place in late January. It covers a 300 mile trail, that stretches from Bethel, up across the tundra and  the Kuskokwim River to Aniak, before it goes back down again. The race is among the more highly regarded mid-distance dog sled races in Alaska, which attract some of the top mushers in the sport.

The John Beargrease Sled Dog Marathon is the premier sled dog race in North America. It was established in 1980 and kicks off in the very end of January. The nearly 300 mile event takes you through northern Minnesota's harsh weather and rough terrain. Beargrease is also an Iditaord race qualifier and officially part of the QRILL Pet Artic World Series.

January/February
Femund Race F650
(Røros, Norway)
The Femund race, one of Europe's toughest long distance races, is an annual long-distance dog sled race that started 25 years ago. The race is extremely challenging for both mushers and dogs, where they may face temperatures as low as -40°C and occasional snow storms. The race starts in the historic mining town of Røros, which is listed among UNESCO's World Heritage Sites. Femund Race is also part of the Dog Mushing Championship initiate QPAWS.

February
Volga Quest
(Tatarstan, Russia)
The 520 km (some 341 miles) Volga Quest international dog sled race, is the only long-distance race in the European part of Russia. The race is attended by professional Russian and foreign mushers, where racers will be able to collect points for the Dog Mushing Championship, QPAWS. Volga is held in three parts of the Volga region covering Samara and Ulyanovsk, in the the Republic of Tatarstan. The race is a celebration of the Volga River - the longest and largest river in Europe stretching from central Russia to the Caspian Sea.

Yukon Quest is a 1000-mile (1600km) long distance dog sled race that goes across two countries in the wilderness of northwestern North America. The race takes place every year on the first Saturday in February and last for about 10 to 16 days. The race has been following historical Gold Rush trails and mail delivery dog sled routes from the turn of the 20th Century, since 1984. With high emphasis on dog care, the race is challenging for both the human and canine athletes.

Finnmark Race is Europe’s longest and the world’s northernmost sled dog race. The race was first to run in 1981 and has been going strong ever since. Starting in Alta, the race today covers a  distance of 1200km across Finnmark in Norway. The trails take mushers and dogs through woods, mountains and the arctic plateau, often accompanied by beautiful northern lights. The track is challenging as it can be difficult to follow in bad weather, therefore the dogs require top training to pick up the track.

The Iditarod Trail Sled Dog Race, also known as the Last Great Race on Earth, is an annual long-distance sled dog race held in March. Started in 1973, the race covers a trail from Anchorage to Nome in Alaska and is one of the toughest and highly competitive races. The Mushers and a team of 16 dogs cover a distance of 1000 miles / 1600 km in 8-15 days. The winner of the Iditarod will be able to collect the highest points in the QRILL Pet Arctic World Series.

April
Pasvik Trail
(Pasvik, Norway)
Pasvik Trail is an annual 500 km race which starts in Pasvik, close to Kirkenes, Norway.  The trail takes you up through the pinewoods of Pasvikdalen and offers everything from riverside views along the Norwegian/Russian boarder, to mountain terrain in brown bear-land. It kicks-off in the beginning of April, making it one of the seasons last events. 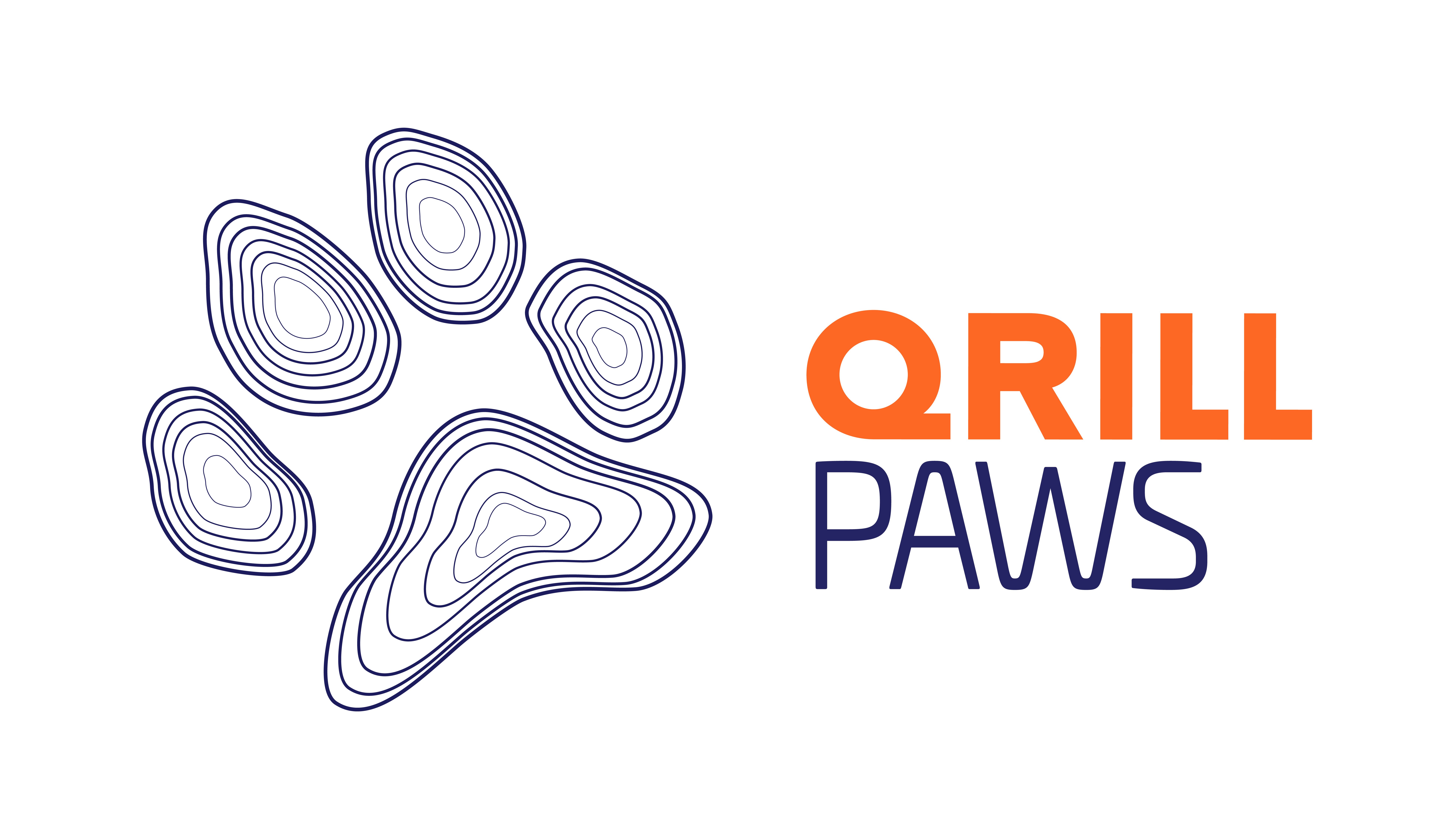 October 8th, 2019 Aker BioMarine launched the official “International Dog
Mushing Championship: QRILL Pet Arctic World Series (QRILL PAWS). The aim is to bring the excitement, joy and extreme performance from the most exotic arctic dog mushing races to a worldwide audience. For the first time the sport, the profiles and the adventurous lifestyle will be covered and distributed through new digital platforms and international TV broadcasting. People from around the world will be able to follow the two- and four-legged athletes like never before.

Although branded alike QRILL PAWS and QRILL Pet Mushing team are two separated entities. The team is excited for this new  initiative involving  the top mushers and events around the world.

Read more about it
Newsletter

GET THE LATEST UPDATES

Focusing on race-winning performance, along with making a positive contribution to a unique and challenging endurance sport, Team QRILL Pet is more than ‘just’ a team.