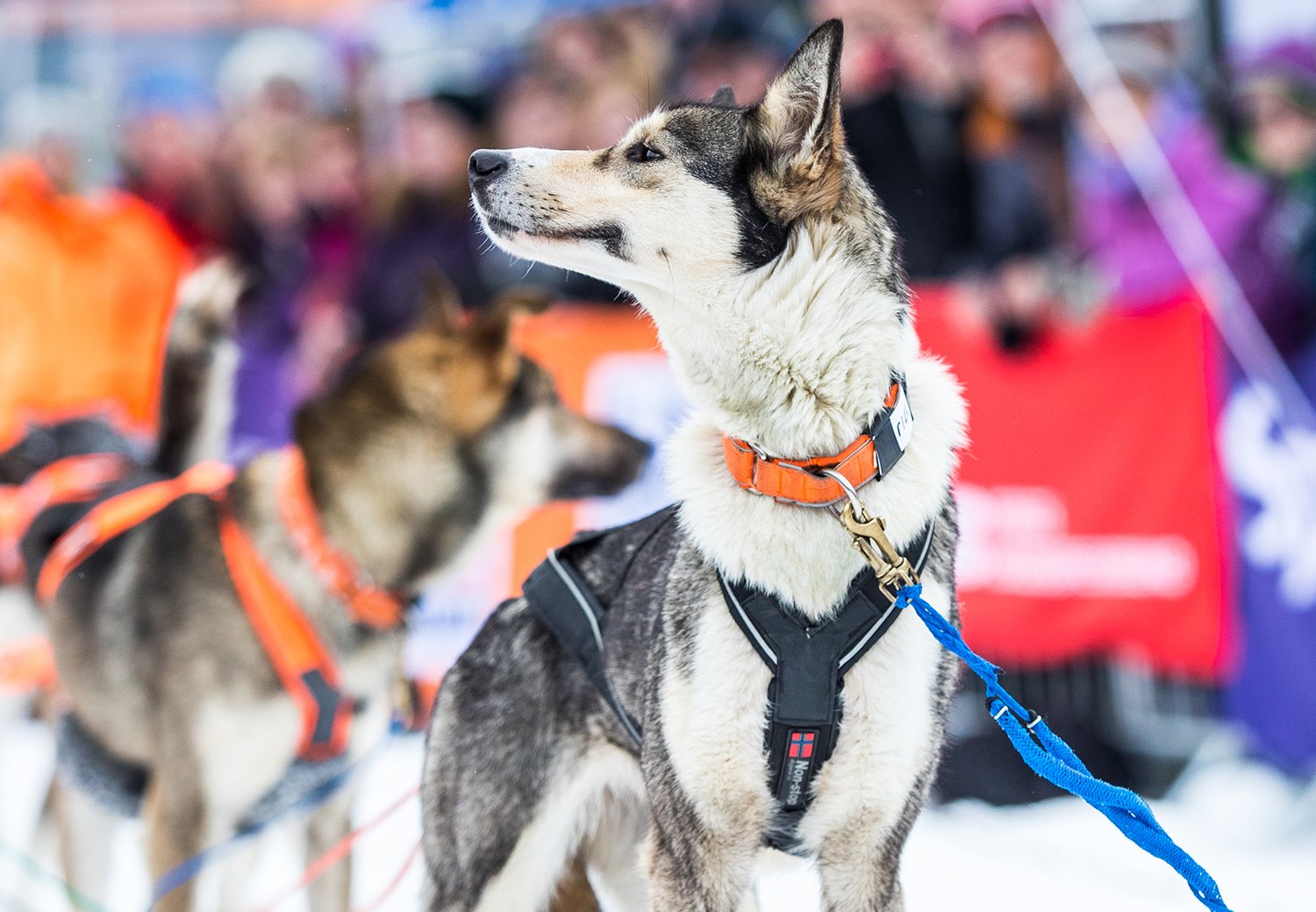 Sled dogs are special animals that need a special diet, designed to cover their nutritional needs. With this in mind, QRILL Pet set out on a journey to investigate the sport of dog mushing. The brand had a fantastic kick-off with pilot sponsorships with professional dog mushers Sigrid Ekran, Thomas Wærner and Joar Ulsom, helping to improve their dogs’ overall endurance and well-being. After an inspiring collaboration and promising results on research, creative minds started to widen the horizon and the vision drastically expanded.

We decided to take the sponsorship to a whole new level and partnered with the best industry players in dog food and gear, to bring together the world's first professional long-distance sled dog team. Our aim is to thrive research further to improve the health and well-being of sled dogs and mushers while building the professional aspect of the sport and reaching more awareness globally. 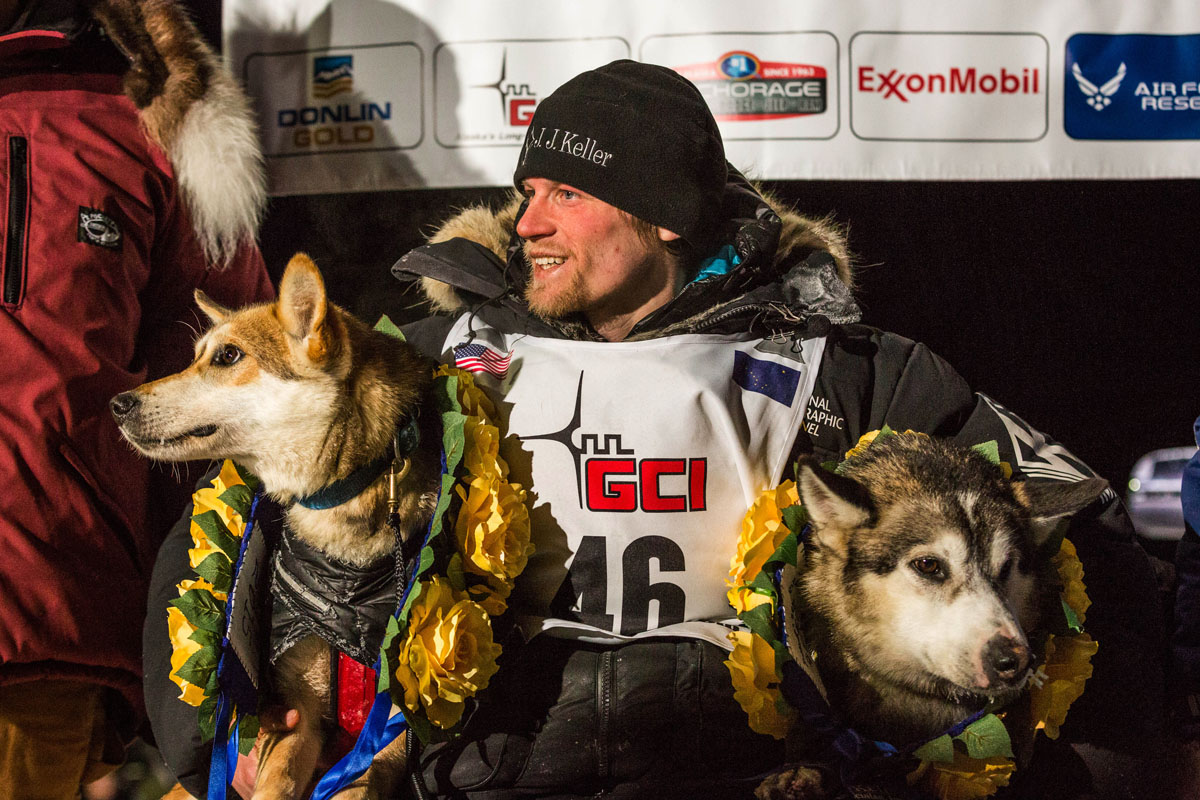 For most of the world, 2020 and 2021 was heavily affected by the COVID-19 pandemic, which again meant that for the most part time "stood still." Events where cancelled, travel was impossible and we all did ours to keep our communities and loved once healthy and safe.

In the mushing world this also was the case and it therefor might not come as a big surprise that few races happened this year. Iditarod 2021, however, was one of the very few events which managed to have mushers meet at the race start. With many adaptations both in organisation, route and regulations around check points, Iditarod managed to both keep mushers, voluntaries and the people in the many villages Iditarod normally go through safe. This meant we  could have two team members race and with great success.

Joar Ulsom, despite some trouble in the dog team, crossed the finish-line as nr 8 which meant that he had managed to once again have a top 10 placement. It is impressive to follow Joar and see the consistency and perseverance in the performance of his team year after year.

Our second racing musher Dallas Seavey was one of four former Iditarod champions that came back to race and his dream of winning again came true. A great effort had been put into training, nutrition and caring for his dog team, for them to be fit and ready to take on the challenge. With a strong understanding of their needs and a unique relationship Dallas & Co's achieved something which only one person had done before him. Before Seavey, only Rick Swenson had won five Iditarods, and that was 30 years ago in 1991.

So despite a drastic reduction in events we still had a year with many great achievements and performances from both four- and two-legged athletes. 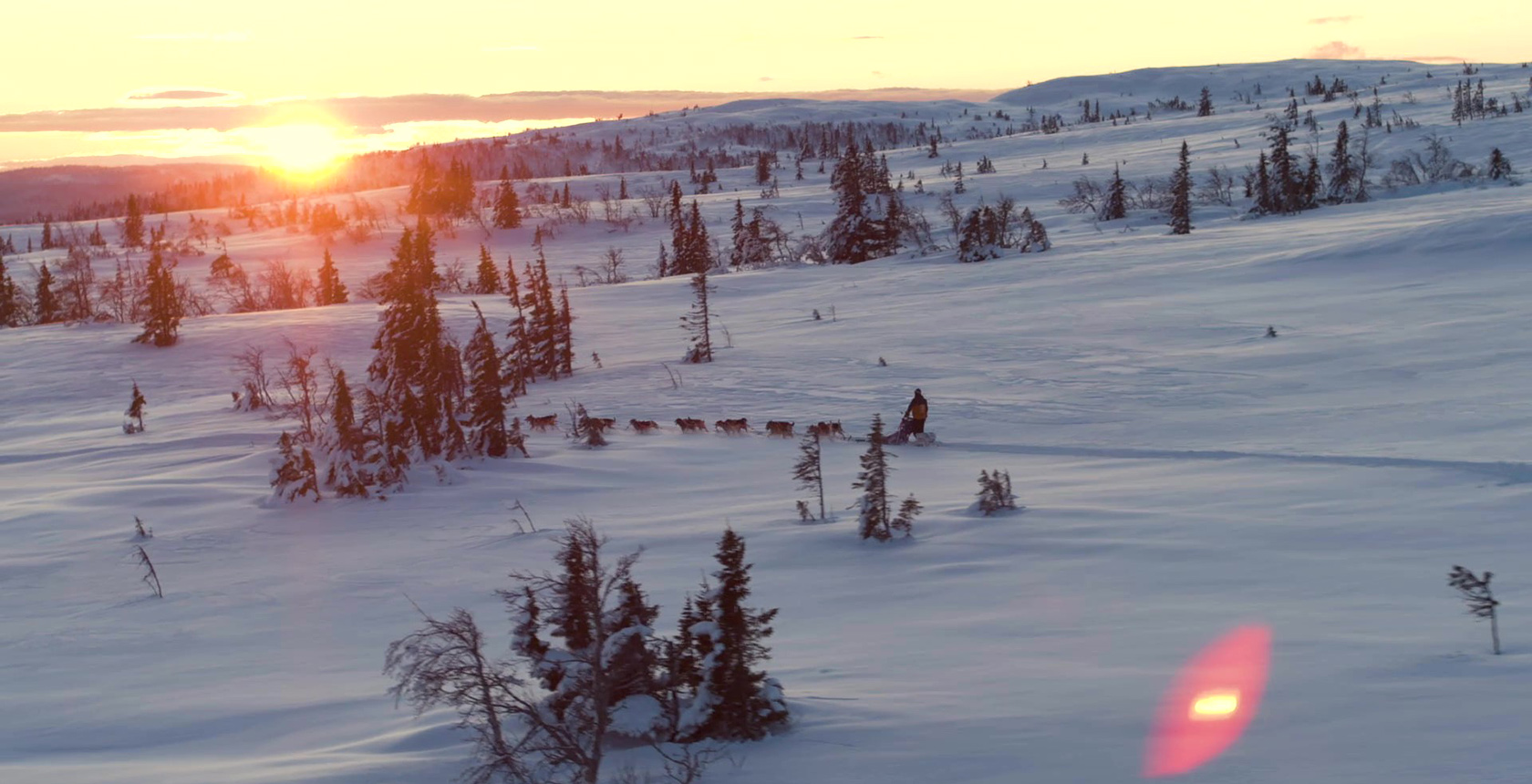 A year out of the ordinary

Looking back at 2020, it is safe to say it was a season out of the ordinary. Thomas Wærner won both the QRILL Pet Arctic World Series (QRILL PAWS) and became the 2020 Iditarod Champion. His homecoming didn’t exactly go as planned and due to the current COVID-19 pandemic, it took him and his 16 dogs about three months and a vintage plane to set their feet on Norwegian soil again.

The Alaskan based Norwegian Joar Ulsom might not have won a race this year, but he keeps proving he’s someone to be reckoned with. After this season, he can still be proud of being the only musher in history to finish Iditarod in top-7, in all his eight race-starts.

Dallas Seavey took a different approach to mushing in 2020. He went on screen as the mushing expert and commentator for the pilot season of QRILL PAWS and its live broadcasting. It is safe to say Dallas did a tremendous job! However, despite enjoying soaking up all his inside stories and knowledge around the sport, we can't wait to have him back on the trail.

As a result of the lockdown in Norway in March, all big sports event were cancelled, and that also affected the mushing events. With only one day left in the race, the renowned Finnmarksløpet sadly had to come to an end. With two of our great athletes, Marit Kasin and Hanna Lyrek  fighting in the top 10, we would, of course, wanted to watch them go all the way to the finish line in Alta, but luckily there will  be new opportunities.

Read about the 2021 buildup 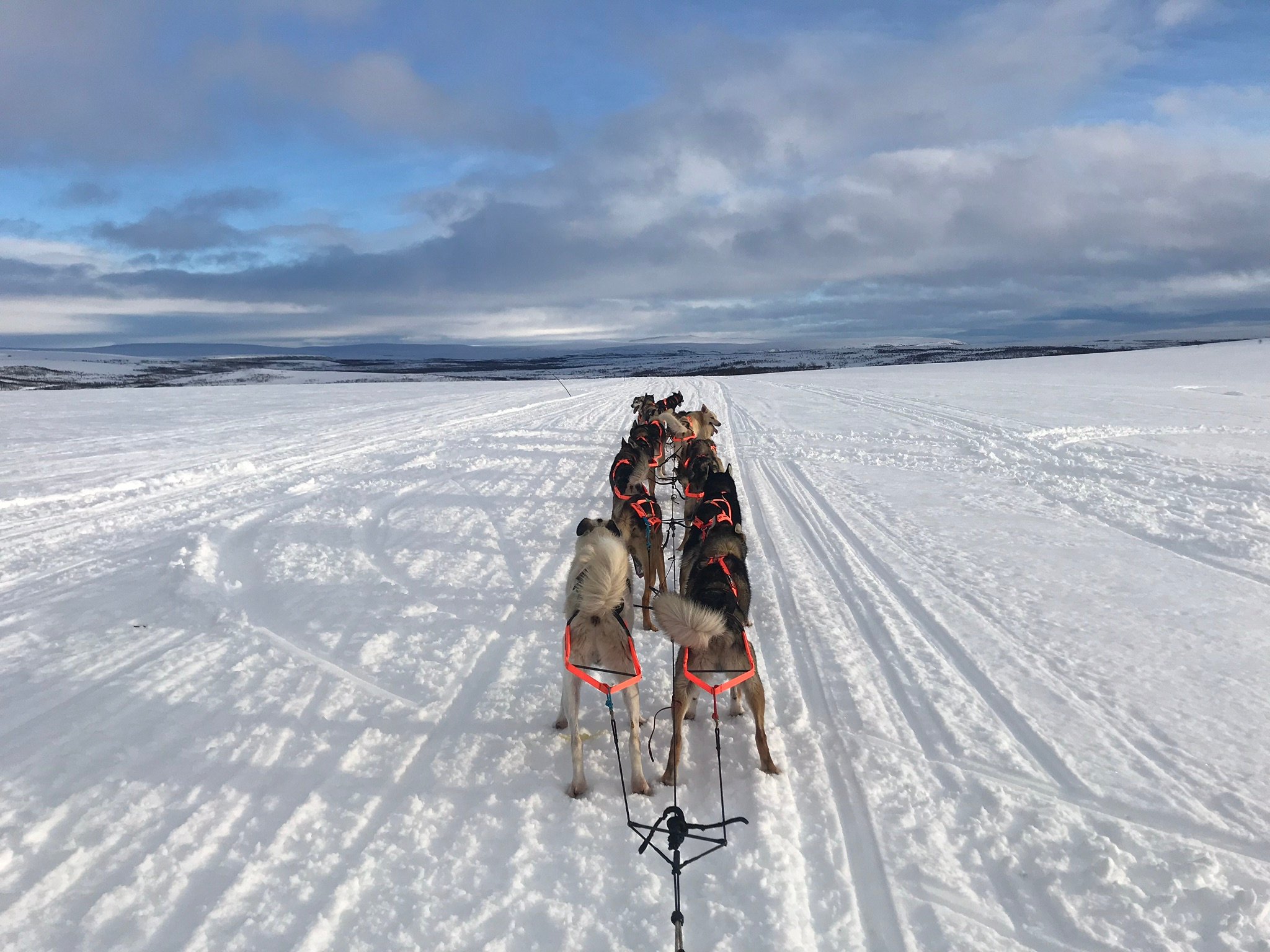 What a fantastic first season

Our desire for the first racing season was to come together as a team and explore our opportunities on this new path. However, the season had more in store than we could have ever expected.

Our course of success started with Thomas Wærner  winning the 650km Femund race, while Team Vinterdans and Team Lyrek showcased their top performance. But this was only the beginning. In March, young-talented musher Hanna Lyrek won the FL-500 class at the Finnmark race and became Norwegian Champion in long-distance dog sledding. While we were celebrating Hanna's win, the next good news came from the FL-1200 Finnmark race, where Thomas Wærner crossed the finish line first, way ahead of his competition. This makes him one of few mushers to ever win both of Europe's toughest long distance races in the same year.

Marit gained a top place at the Finnmark race and Dallas Seavey showed his real commitment to his dog team and left the race early, putting their health and well-being first. While across the pond, 2018 Iditarod champion Joar Leifseth Ulsom gave us a thrilling Iditarod race, where he finished second, with only 12 minutes behind this year's winner.

We couldn't have dreamt of a more successful first season as a team. After such a first season, we are excited to see what the next season has in store?

We launched the QRILL Pet Mushing Team in late 2018, with a mission to become the best long distance dog sled team in the world. Being the first ever long distance dog sled team, we set off on an unknown and exciting journey with some of the best mushing teams and industry players. We believe with this incredible sport and our inspiring mushers we will be able to really drive innovation, improve dogs’ health and promote the sport. The QRILL Pet Mushing Team's ambitions are as broad as the winter landscapes the team races across.

Read more
SPECIAL THANKS TO OUR

QRILL Pet is a product of Aker BioMarine made only of whole Antarctic krill. The functional marine ingredient delivers phospholipid omega-3s, marine proteins, choline and the antioxidant astaxanthin. The unique nutritional advantage of Antarctic krill is the superior bioavailability of its omega-3s. Comparison studies have shown that omega-3s from QRILL Pet are more effective in increasing omega-3 levels in dogs.

Appetitt is a Norwegian super premium dog and cat food brand owned by Felleskjøpet Agri. Appetitt is produced with only high-quality ingredients where a majority of the ingredients are sourced from Norway. Each selection of Appetitt has been developed with major research and care. The content of energy, protein, fat, minerals and vitamins in the various types are optimized and cover the different needs for every dog size.

Non-stop was founded in Norway in 2009. Today, Non-stop dog wear develops, designs and sells high-quality dog equipment worldwide. Currently you can find their products in over 1,000 stores in 22 countries. Non-stop strives to make the best dog equipment. The company has been a long time player in the sport of dog mushing, not only supplying equipment for dogs, but also producing unique jackets for the athletes.

Brusletto & Co AS was established in 1896 by Rognald Brusletto. Today, Brusletto & Co produces finer sports and outdoor knives, axes and accessories. The knives are an important tool whether you are going hiking, hunting, fishing or mushing. Their knives are designed and manufactured for use, and our Norwegian made knives have a lifetime guarantee. On 1 January 2019, Brusletto & Co became part of the Dalema Group after being taken over by Ultimate Nordic. Ultimate Nordic is a leading player in the import and distribution of brands for the sports and leisure industry.

GET THE LATEST UPDATES

Focusing on race-winning performance, along with making a positive contribution to a unique and challenging endurance sport, Team QRILL Pet is more than ‘just’ a team.